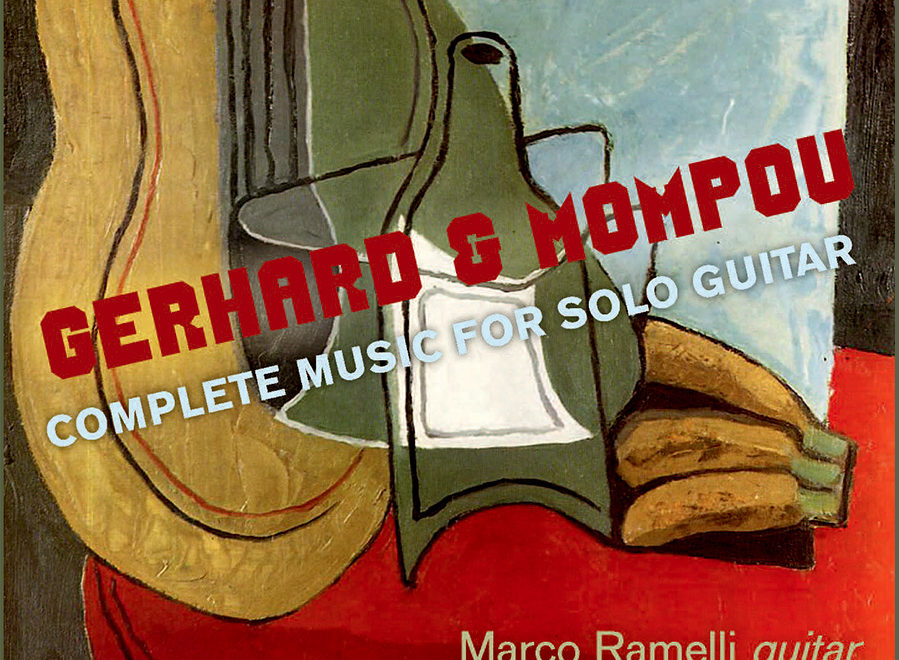 “Our friendship has joined two different characters, which I greatly applaud because only opposites, for me, combined alternately and also jointly, form a whole.“

(Letter from Gerhard to Mompou, without date)

The present recording is dedicated to exploring the guitar music of two of the most significant Catalan composers of the 20th century: Federico Mompou (Barcelona, 16 April 1893 – 30 June 1987) and Roberto Gerhard (Valls, 25 September 1896 – Cambridge, 5 January 1970). Two musicians with strong and profound personalities, who both developed personal languages that are unique in the panorama of the XXth century Spanish music. Despite their strong diversity in characters and musical styles, they were united by a close friendship and a sincere mutual esteem.

They tried to collaborate together on two occasions. The first attempt took place in 1921 in Paris, when Gerhard — accompanied by Adolfo Salazar and Óscar Esplá — visited Mompou and decided to form the ‘The group of four” which, however, had no concrete developments. Ten years later, in 1931, they attempted a similar enterprise with the establishment of the association/organization the “Independent composers of Catalonia”, together with a group of other Spanish composers. Unfortunately, the only event that this group organized is a concert in June 1931 in Barcelona.

This album presents the works by these two great composers as it was the results of their successful collaboration. Despite the different styles, the common musical approach of Mompou and Gerhard — sincere and deep — reflects their friendship and artistic affinity. Between the works of these two authors, I propose two refined and gentle arrangements of Catalan songs by Emilio Pujol (La Granadella, 7 April 1886 – Barcellona, 15 November 1980), a guitarist and composer from Barcelona.

For this project, I used a guitar built in 1931 in Barcelona by Francisco Simplicio, one of the most important Catalan luthiers of all times. With its intense and raw sound, it has been for me the best companion through the exploration of Mompou and Gerhard’s poetic atmospheres and dissonances. 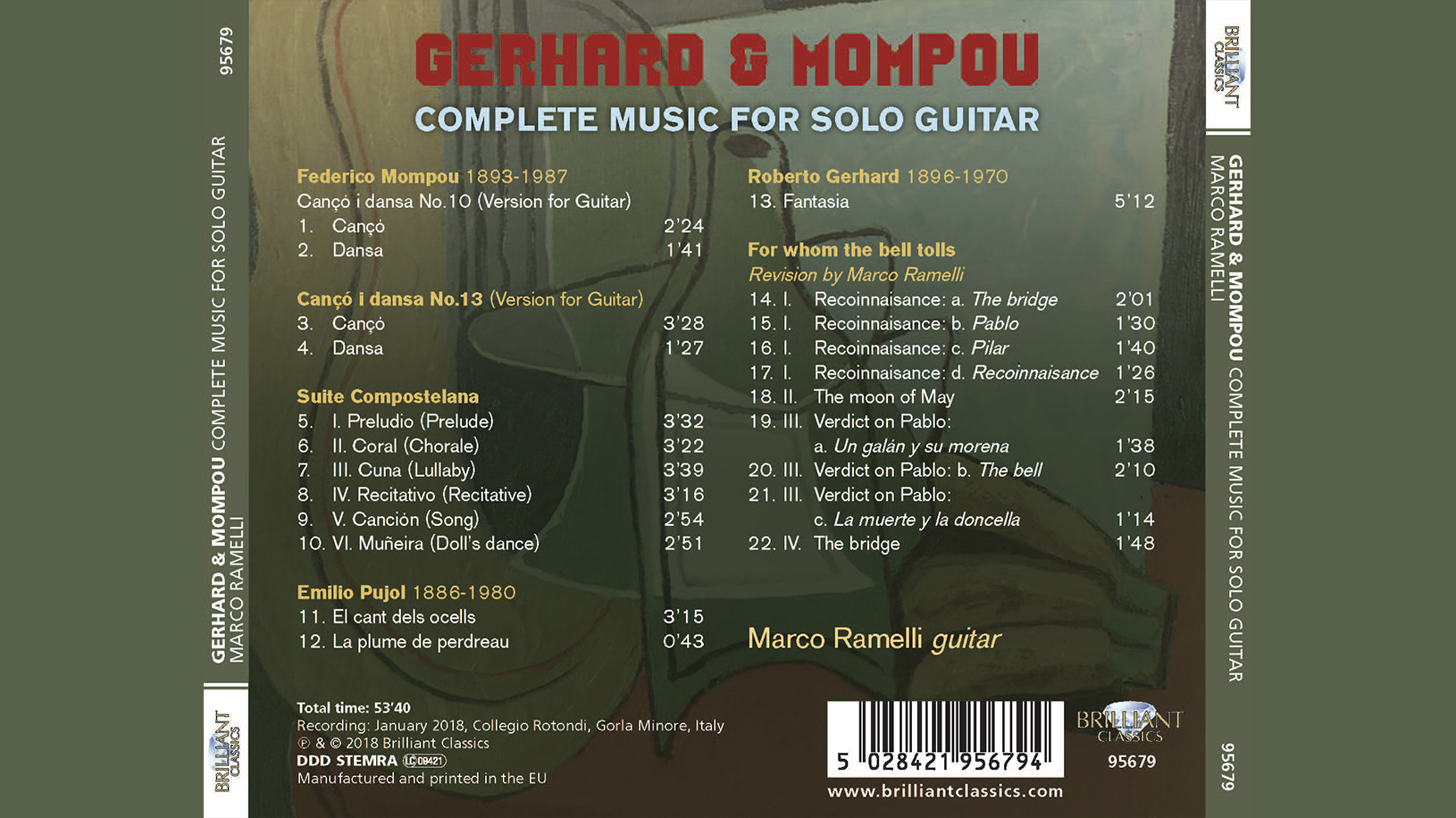